Since everyone is shopping online regularly due to the pandemic, this is an opportunity to learn some English using the former tutoring service giant’s live sales room after New Oriental School.

Like other tutoring providers, New Oriental suffered from a crackdown on for-profit tutoring in China last year.

But its founder Yu Minhong has found a new path for his team: to create an e-commerce platform Dongfangzhenxuan, which aims to help farmers sell their agricultural products and provide education during the live-selling period.

During the sale of honey peaches from Shaanxi province, live broadcasters took out a board and wrote relevant words and terms such as “honey peach”, “seasonal”, “sweet and juicy” and ” fragrant”.

For canned meatloaf, broadcasters brought the tongue twister “Can you can a can like a can can a can?”

Viewers left comments such as, “I came here mainly to have a speech in English rather than place an order” and “I learned so much and it deserves an order.”

Some newcomers were surprised by this mode.

“I’m confused and don’t know what to do – place an order or take notes,” one commented.

The most popular live streamer is Dong Yuhui, a new Eastern English teacher who has taught 500,000 students over the past eight years. 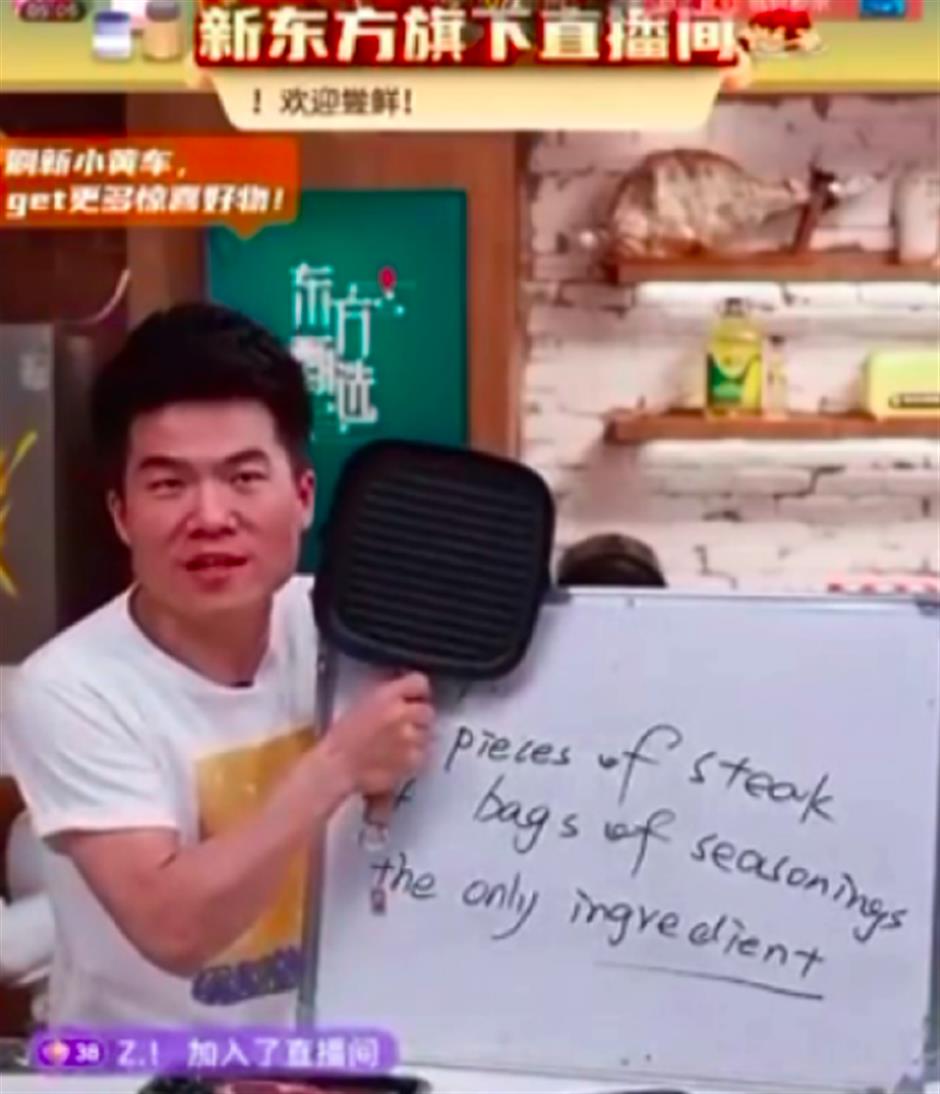 As of Friday morning, more than 6,700 peach orders were placed in Dong’s saleroom soon after the promotion began.

As of noon, more than 40,000 people have viewed this sales show and it has received more than 5 million likes.

In addition to his humorous way of teaching and his standard British accent, his positive attitude towards life also attracts viewers. Once, talking about a product, he left the promotional message “What doesn’t kill you makes you stronger”, to encourage viewers.

On Friday, the value of New Oriental shares rose nearly 40% on the Hong Kong stock exchange.